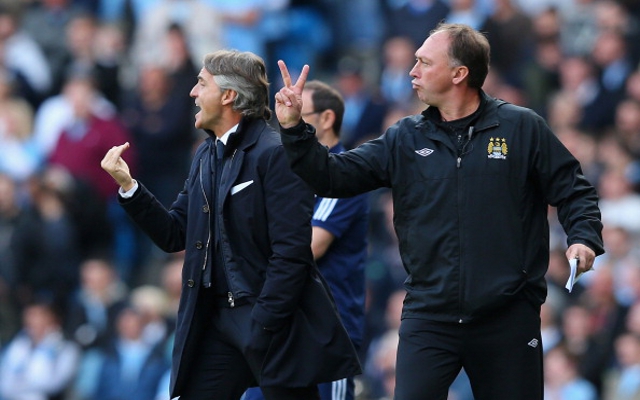 Roberto Mancini unleashed a furious dressing room rant at his Manchester City players according to The Daily Star.

The Italian boss was reportedly told his City stars exactly what he thought of them after seeing his side lose 2-0 to Everton at the weekend.

That result, combined with Manchester United’s 1-0 victory over Reading, has all but decided the title race for this season.

United now enjoy a 15 point lead over their city rivals and while both sides still have nine games left to play, no team has failed to win the title after establishing such a wide margin.

Mancini reportedly couldn’t conceal his anger following the loss, and labelled his sides as cowards that is sure to cause a rupture in the Etihad dressing room.

The Italian manager has seen his side fail to keep pace with United this season after securing their first Premier League title last term.

The City boss has become disillusioned with life at the Etihad, believing many of his key players to have become complacent after securing the League title.

Manchester City are set for a summer clear-out with Mancini desperate to revitalise his squad.

The likes of Samir Nasri, Gareth Barry and Joleon Lescott are amongst a number of players who look certain to be shown the exit door come the summer.