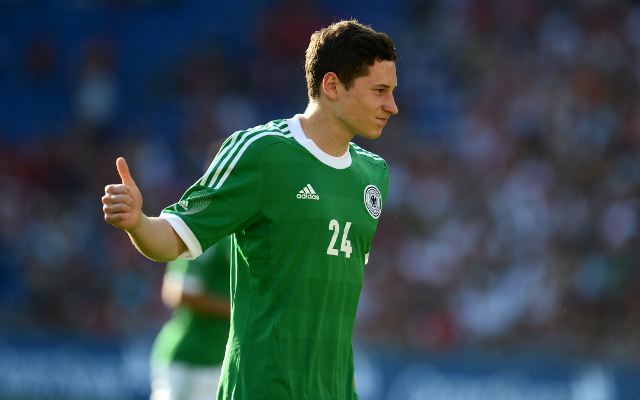 Bundesliga side keen to hold on to young midfielder.

Schalke have told Manchester United to forget about signing midfielder Julian Draxler according to Sky Sports.

The young midfielder has been attracting attention from a host of European sides after a string of impressive performances for the Bundesliga club.

The likes of Chelsea, AC Milan and Inter Milan have all been touted as potential destinations for the youngster.

Reports in recent weeks have suggested Manchester United are preparing a big summer bid for the player but Schalke appear keen to retain the services of the 19-year old.

The German international still has three years to remain on his current deal and Schalke general manager Horst Heldt believes the club will hold on to the player provided they are able to qualify for next season’s Champions League.

The player has performed admirably in the season’s competition and the club will face a struggle to persuade the player to stay should they fail to qualify for next season’s tournament.

Schalke currently occupy a Champions League qualification spot as they lie in fourth spot in the German top flight.

But the Bundesliga side are only above fifth placed Eintracht Frankfurt on goal difference and face a battle between now and the end of the season to ensure they retain to their current position.