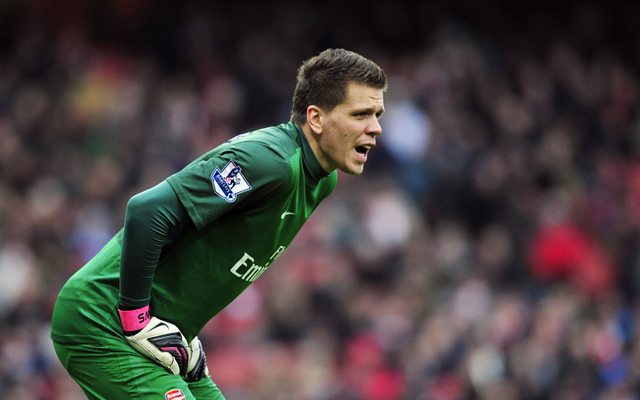 Wojciech Szczesny has rubbished reports that he is on the way out of Arsenal according to the Daily Mail.

The Polish international has been criticised lately by manager Arsene Wenger and was dropped last week for the second leg Champions League tie against Bayern Munich. He was also missing for the weekend’s 2-0 victory over Swansea with Lukasz Fabianski retaining custodial duties to keep a successive clean sheet.

Rumours have abounded that the 22-year-old will be moved on at the end of the season, but he has claimed that he has no problem with the manager’s rotation policy and that he is happy to stay in North London and continue to fight for his place.

“I am too happy to go somewhere else. I believe in the philosophy of the club and that Arsenal will start to win again,” he said, “I have a debt to pay here for the club, I owe them. I just do not want to go anywhere else.”

Szczesny’s mental state had come into question after a series of errors and less than impressive displays. Wenger took him out of the firing line citing that the amount of games the young goalkeeper had played had took their toll on him. And at 22, Wenger may be right. Goalkeepers get better with age and a spell on the sidelines may be just what the doctor ordered.