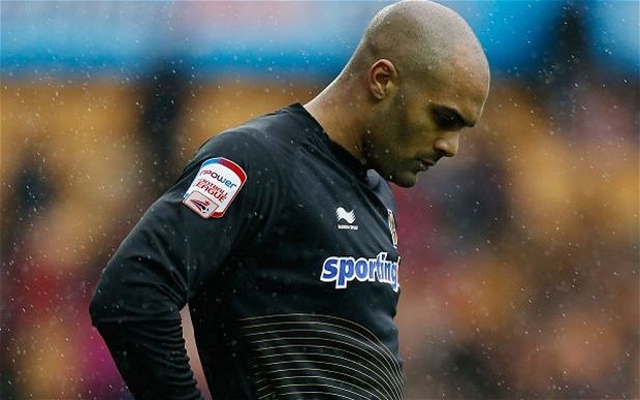 Check in to Wolverhampton Wanderers vs Middlesbrough

Wolves keeper Carl Ikeme was apparently so incensed with criticism from boss Dean Saunders that he opted to smash his hand into a dressing room wall, breaking his hand and forcing the relegation threatened side to bring on Dorus de Vries to replace the custodian.

Ikeme dropped a clanger in the first half of their encounter with Bristol City, failing to deal with a back-pass and allowing the ball to sedately force itself under his feet. However things got worse for the 26 year old when Molineux manager Saunders laid into the keeper for making such an amateurish error.

Saunders had claimed after the side’s 2-1 win that Ikeme had sustained his injured hand during the game, but the damage was self-inflicted at the interval. Ikeme, 26, had an x-ray at the weekend and Wolves fear he has fractured a bone. He is expected to be out for at least a month and may not play again this season.

Wolves currently sit second from bottom in the Championship a point from safety with eight matches left of the current campaign.