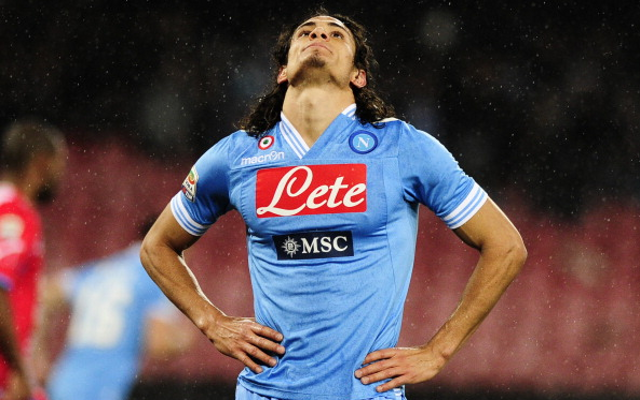 The Bavarian side are set to offer £60m PLUS Ukrainian midfielder Anatoliy Tymoshchuk for the 26 year old Uruguayan international, an offer that eccentric Napoli owner Aurelio De Laurentiis may struggle to resist.

Cavani netted 66 goals in his first two seasons at the San Paolo, following a successful stint at Palermo, and has further upped his game this term, scoring 29 goals in all competitions.

Napoli did look at one point to be mounting a genuine Serie A title challenge but Walter Mazzarri’s side have now fallen nine points off the pace and this may well lead Cavani to believe that his side can not meet his ambitions.

Clearly the fact that former Barcelona boss Pep Guardiola is to take over at the Allianz Arena would act as a further incentive to Cavani but one wonders where such a move would leave strikers Mario Mandzukic and Mario Gomez, with the German international already consigned to the bench for much of the current campaign.

Bayern Munich are set to wrestle back the Bundesliga title from Borussia Dortmund and are safely through to the Champions League quarter-finals.