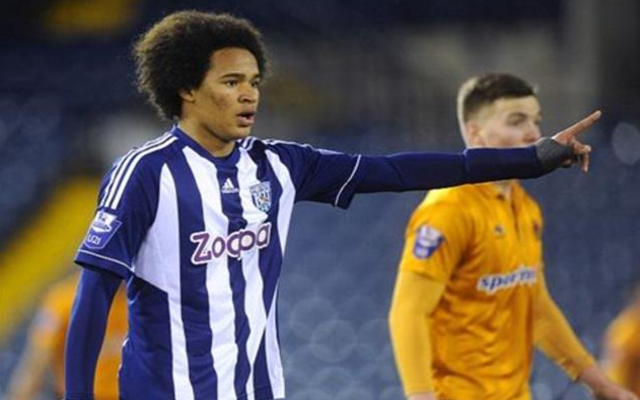 Chelsea are preparing a £1m bid for West Brom teenager Isaiah Brown according to the Daily Telegraph.

The Baggies midfielder has been a member of Steve Clarke’s first team squad this term despite being just 16 years of age, though still awaits his Premier League debut. The youngster has played regularly for West Brom’s Under 21 side and is considered one of the hottest prospects in the country.

Chelsea hope to sign Brown in the summer but any move would have to be agreed by a tribunal as the starlet is yet to sign a professional contract.

Brown has represented West Brom since the age of 13 and is studying for his GCSE’s and Chelsea have scouted him regularly.

Steve Clarke has stressed that West Brom are not looking to sell Brown but may find it hard to prevent the player from having his head turned by interest from the Stamford Bridge side.

Blues owner Roman Abramovich certainly has an eye to the future, investing big sums in six young talents last summer, including the likes of Eden Hazard, Victor Moses, Oscar and Cesar Azpilicueta, whilst also considering the long term futures of his old guard.