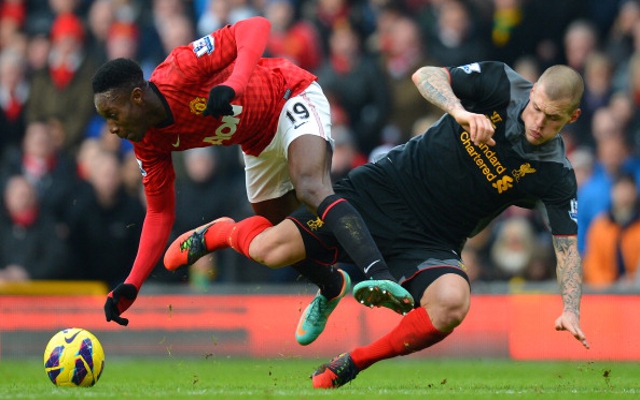 Emirates Stadium side linked with interest in Anfield defender.

Arsenal are reportedly readying a move for Liverpool centre-back Martin Skrtel according to Italian source TuttoMercato.

Brendan Rodgers is apparently ready to accept offers of £11m for the powerful defender, who has fallen out of favour at the Merseyside club and is said to be on Arsene Wenger’s wish-list.

Arsenal’s defence has looked decidedly shaky, up until their recent back to back clean sheets in Munich and South Wales, with Per Mertesacker, Laurent Koscielny and Thomas Vermaelen not providing the level of consistency Wenger craves.

Skrtel started only his second Premier League match of 2013 as Liverpool slumped to defeat at Southampton and is apparently now a player that Rodgers is ready offload.

£11m seems a more than decent price for a player of Martin Skrtel’s experience, with the Slovakian having racked up over 200 appearances for Liverpool since his £6.5m move from Zenit to the Premier League.

Liverpool may well have to bring in a few new defensive options next term if they do indeed intend on selling Skrtel. Jamie Carragher has announced his decision to retire and Uruguayan youngster Sebastian Coates is yet to make an impact in the first team set-up.