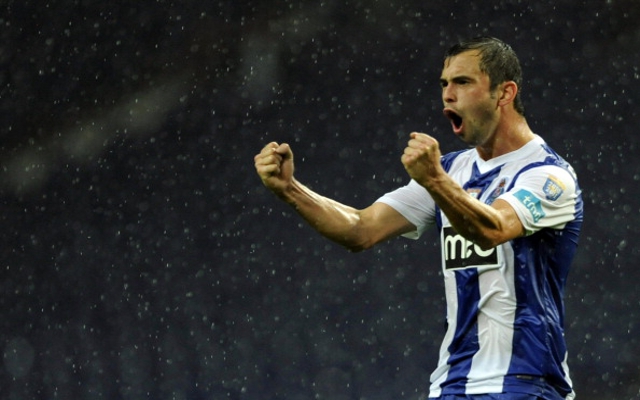 Man United boss Sir Alex Ferguson is considering a summer move for long term target Steven Defour. The Belgian international midfielder was heavily linked with a move to Old Trafford whilst at Standard Liege but a serious injury curtailed any potential move.

Following his recovery from a broken foot the box to box midfielder secured a move to FC Porto and has continued to impress and is now once again on Ferguson’s radar.

The Scot is keen to bring in a steely presence in the centre of his Man United midfield and has sent scouts to monitor his form and received glowing reports from club representatives and is ready to re-ignite his interest in the 24 year old.

Ferguson may see Defour as a long term replacement for Paul Scholes, with the veteran midfielder set to retire from the game this summer.

The Mechelen born midfielder helped FC Porto to a domestic double in his first season at the Estadio do Dragao and is a fixture in a hugely impressive Belgian national team set-up.

Defour may well be tempted by a long awaited move to Man United and will recall fondly the supportive letter he received from Sir Alex Ferguson, sent whilst the tigerish performer was recovering from his long term injury.

Ferguson is apparently ready to offload Brazilian Anderson after another ineffective campaign and with Darren Fletcher still to really make an impact since his recovery from illness there is certainly scope for an additional central midfielder.

Indeed this may be seen as a priority in the summer transfer window given that a number of opposition sides managed to carve through the Man United midfield in the first half of the current campaign.