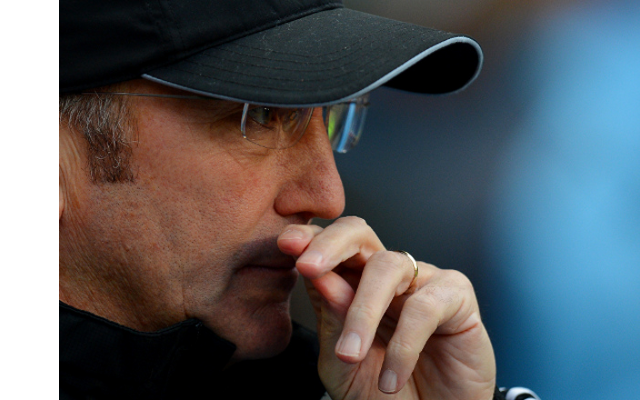 Stoke boss Tony Pulis has angrily denied speculation that he may be on the verge of leaving the club according to The Stoke Sentinel.

Reports in recent days had suggested that Pulis may be ready to consider his future at the Britannia after becoming disillusioned with the money being made available to bring in new recruits.

Pulis was reportedly unhappy that the club were choosing to invest large sums in the academy rather that providing the money to him to spend on new players.

The reactions of the Stoke fans in recent games had also reportedly pushed Pulis to consider calling time on his tenure at the club.

Stoke registered their 13th draw of the season last weekend after a 0-0 draw with West Brom. No side has drawn more in the Premier League and sections of the Stoke crowd are beginning to grow restless with football being played at the Britannia.

But Pulis has moved to rubbish suggestions he could part ways with the club.

He has insisted that he has a very healthy relationship with the chairman, and that while he may not always agree with how funds are allocated, he believes Stoke to be a very well run club.