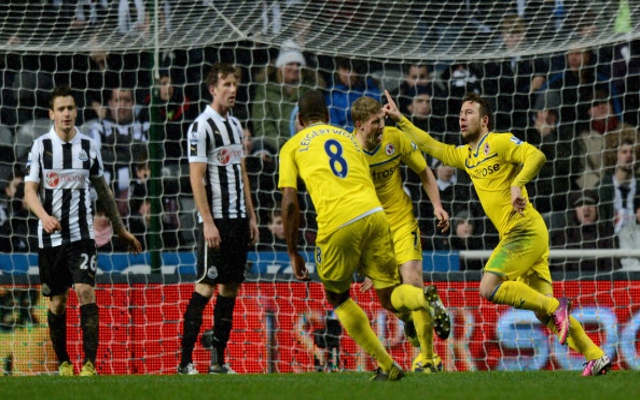 The Baggies boss may well be planning ahead in the event that he is unable to bring in Chelsea striker Romelu Lukaku on another season long loan spell and could well have an easier time luring Le Fondre from the Madejeski Stadium if the Royals fail to avoid the drop.

The 26 year old former Rochdale, Rotherham United and Stockport County striker is by some distance Reading’s top scorer this term with ten Premier League goals, this despite the fact that he has been handed just ten top tier starts this term.

Indeed last season Le Fondre scored 12 goals in just 16 starts to help his side to secure promotion to the Premier League.

Impressively a number of the striker’s goals this term have come against tricky opposition with Le Fondre netting against Chelsea, Newcastle United, Arsenal, Man United and Everton, as well as against West Brom.

A move to the Hawthorns may well tempt the Reading man, especially if he receives some guarantees about his first team chances at the club.