Old Trafford side could re-ignite interest in Nou Camp man.

Man United are reportedly ready to make a move for Barcelona attacker Alexis Sanchez amid growing speculation that the Chilean international may leave the Nou Camp this summer.

Sir Alex Ferguson was keen on the forward prior to his move to Barcelona and the Scot is monitoring the situation at the Catalan club ahead of a possible bid for the off-form 24 year old.

Alexis had a steady, if not spectacular, first season at Barcelona which coincided with the club losing both their La Liga and Champions League crowns. This term he has fared no better, managing just two domestic goals in 20 appearances. 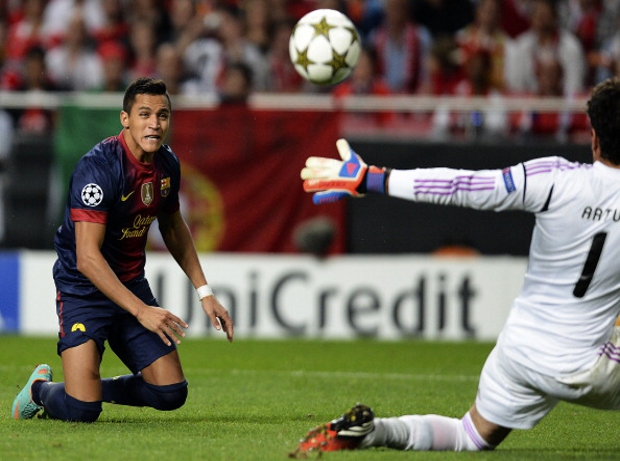 Barcelona have elected to offer Arsenal target David Villa a new deal and this may well be a sign that Tito Vilanova has given up on Sanchez in favour of the Spanish international, who has been far more effective when called upon to support the Barcelona attack.

Any interest from Man United would more than likely be with a view to using Sanchez in a wide attacking role rather than a central one, and could well be as a result of the indifferent form displayed by Ashley Young and Luis Antonio Valencia, neither of whom have impressed this season, failing to score a Premier League goal between them.

With Nani also seemingly surplus to requirements there is perhaps room to bring in the Barcelona man though Sanchez may prefer the option of returning to Serie A, where he was hugely successful during his three season stint at Udinese.