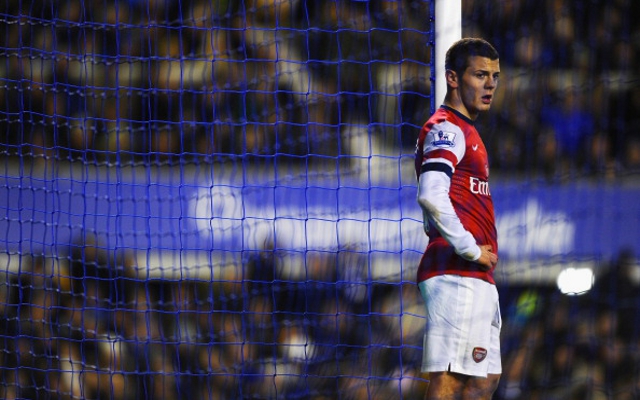 Arsenal manager Arsene Wenger is seeking talks with Roy Hodgson over the fitness of Jack Wilshere according to The Daily Mail.

Wilshere is unavailable for England’s games this week against San Marino and Montenegro after suffering an ankle injury in Arsenal’s 2-1 defeat to rivals Tottenham.

There were fears that the injury could be a reoccurrence of the one that kept him on the sidelines for almost 18 months.

Wenger is keen to ensure the player is not rushed back to action and is seeking talks with the England manager over the national team’s games against the Republic of Ireland on the 29th May and their away friendly with Brazil on June 6th.

The Emirates gaffer is keen to discover how, if at all, Hodgson intends to use Wilshere for those games after becoming annoyed at Wilshere’s full 90 minutes during the friendly with Brazil in February.

Wenger is keen for Wilshere to get a good rest ahead of next season. The club are facing the prospect of missing out on Champions League qualification for the first time since Wenger took charge of the club.

Should that happen, Wenger will be keen to avoid a repeat and will be wanting Wilshere to play a key role in the club’s revival.

Hodgson reportedly understands Wenger’s concerns and is willing to listen to what the Frenchman has to say.