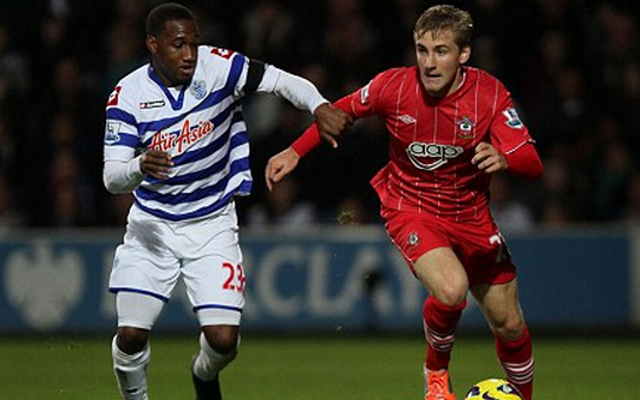 Tottenham and Chelsea are preparing for a summer bidding war for Southampton’s Luke Shaw according to The Metro.

The youngster’s progress is being monitored by the clubs’ scout after he has put in a number of impressive performances for the club in his debut season.

Southampton know they face a battle to keep the youngster, especially if they suffer relegation from the Premier League.

The club value Shaw at around £16.5 million but that fee will not put off the likes of Tottenham and Chelsea.

Shaw signed a new deal with Southampton just last year but looks destined for a move to one of the Premier League’s top clubs.

Southampton manager Mauricio Pochettino is unlikely to be happy about the news though. Before his arrival, the former Espanyol manager was guaranteed the club would no longer pursue the transfer policy that has seen the club sell a number of young stars in recent years.

The likes of Theo Walcott, Gareth Bale and Alex Oxlade-Chamberlain all came through the ranks at Southampton before moving on for big fees to the likes of Arsenal and Tottenham.

Should Southampton sell the player, they are likely to request that Shaw be immediately loaned back to the club in order to prolong his stay on the south coast for another year.