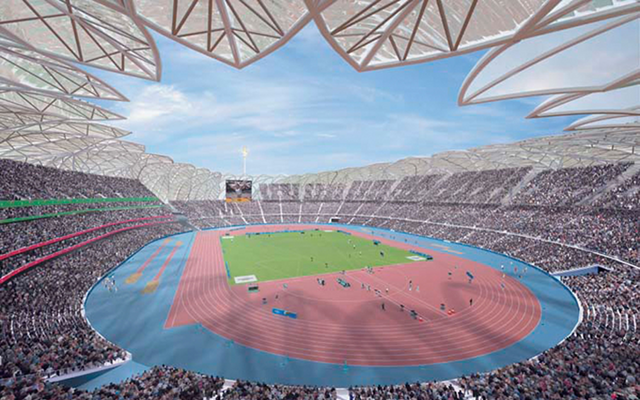 Upton Park side to move into new home for the start of the 2016/17 season.

West Ham have been named as the anchor tenants of the Olympic Stadium this morning and plans have been released that state that the East London side will move into the stadium for the 2016/17 season.

The Hammers are due to start playing games at the stadium in Augus 2016 by which time the seating capacity will have been reduced from 80,000 to 60,000 and will have a fully retractable roof.

The London Legacy Development Corporation (LLDC) will start work on the roof this autumn it is hoped that the stadium will be ready to host games in the 2015 Rugby World Cup.

Adapting the stadium could cost up to £190m and the deal to hand the venue to West Ham was clinched when the Upton Park club agreed to increase their share of the funding from £10m to £15m.

They will rent the stadium for around £2m a year.