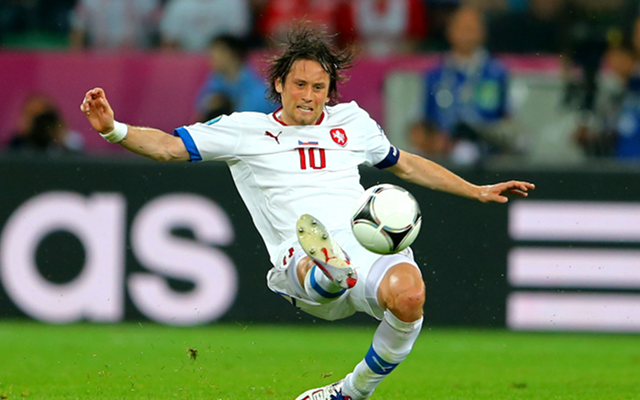 Borussia Dortmund are lining weighing up the possibility of bringing former star midfielder, Tomas Rosicky back to the club from Arsenal, The Metro understands.

The Czech international has played a peripheral role in Arsenal’s season, making just nine appearances in all competitions and he is said to be extremely frustrated at his lack of opportunities.

“I feel very well, the results in fitness tests were the same as they were in previous seasons when I played regularly,” he said, “It’s the manager’s team and I fully respect his decisions. I cannot do anything else other than train properly and wait for a chance.”

The 32-year-old joined Arsenal from Dortmund in 2006 after enjoying a cult hero status with the German side.

Jurgen Klopp is said to be keen on bringing ‘Little Mozart’ back to the Westfalenstadion to add some wily experience to his young side. However, it’s mooted that any possible deal would like be on a pay-as-you-play basis.

Rosicky has made 171 appearances for the Gunners during his seven year stay in North London, scoring 20 goals.

He has been a key figure in Wenger’s plans, but a string of niggling injuries has seen his role diminish into him becoming a bit-part player.

English sides Everton and Fulham are also rumoured to be interested but a return to Borussia could prove too tempting to turn down now that he’s entering the twilight of his career.