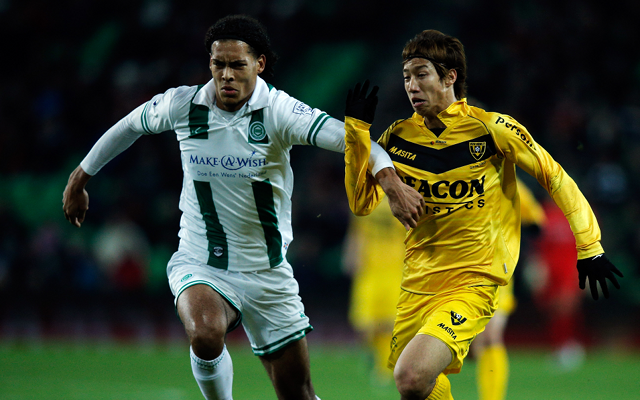 Check in to Peterborough United vs Cardiff City

FC Groningen defender Virgil Van Dijk is said to be on a number of English club’s shopping lists this summer, according to Sky Sports.

The 21-year-old has been tipped as a future Dutch international captain and is said to be desperate for a move to England with Everton reportedly leading the charge.

Championship sides Cardiff and Brighton are also both said to be keen. Both clubs could find themselves in the Premier League next season as Cardiff currently top the table and Brighton are competing for a play off spot.

A powerful centre back who can also moonlight on the right side of the defence, has been one of Groningen’s breakthrough performers this season as he has wracked up 30 appearances for the Eredivisie side.

Dutch giants PSV and Ajax have been keeping a close eye on his progress but he is said to favour a move to the UK.

“I know certain clubs are following me and that Everton are one of them. I have heard and read a lot about it and after the winter training camp I will sit down with my agent, Henk-Maarten Chin, and catch up with where we stand. Of course, I am flattered by the interest, but I have to make sure I make the best choice for my future career,” he said.

Van Dijk could be available for as little as £2 million.