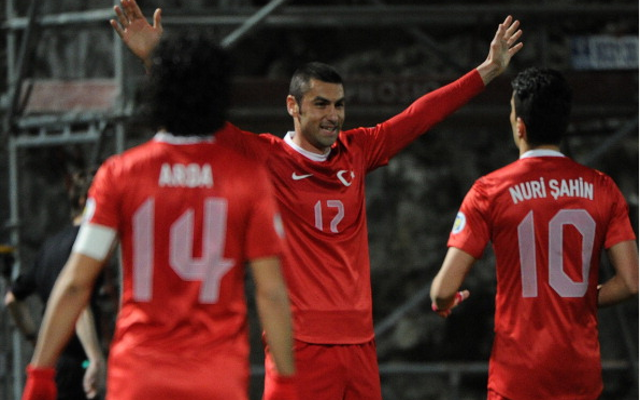 Chelsea have earmarked a summer move for Galatasaray striker Burak Yilmaz as the West London side size up potential summer additions to boost their attack.

Roman Abramovich has been linked with a number of big money forwards, with the likes of Edinson Cavani and Radamel Falcao being just two high-profile targets, but the Russian billionaire is now reportedly considering a move for the Turkish international.

Yilmaz is having a hugely successful season, leading the Turkish Super Lig goal-scoring charts whilst also being the joint highest scorer in the Champions League, netting a total of 24 goals in all competitions in his first season since moving to Galatasaray from Trabzonspor.

The in-form striker may well be tempted by a move to Stamford Bridge, where he would challenge Demba Ba and Romelu Lukaku for a starting spot in Chelsea’s first team, with the Belgian youngster expected to be given a more prominent role at the club following his successful loan spell at West Brom.

Abramovich has held informal talks with the Istanbul club and is ready to offer up to €25m (£21.3m) for the 27 year old.

Having forked out big money to lure both Didier Drogba and Wesley Sneijder to Türk Telekom Arena such an offer may well be considered by Galatasaray, especially if the player expresses his desire to pursue a move to the Premier League.

Chairman Unal Aysal has previously placed a €40m (£35m) price tag on Yilmaz but that valuation is perhaps more than just a little inflated, especially when you consider Galatasaray purchased the player for just £4m less than a year ago.