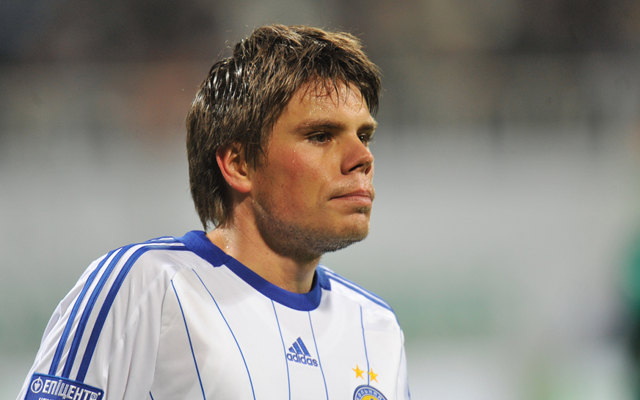 Tough tackling midfielder, Ognjen Vukojevic is keen on a move to the Premier League this summer according to Sky Sports.

Currently on loan at Russian side Spartak Moscow, the 29-year-old is reported to be interesting a number of clubs including Fulham, Newcastle United and Arsenal.

The Croatian international was a member of the squad to face Serbia this weekend in their historic first encounter since the two countries split in the early 1990’s. Croatia won the game 2-0 with Vukojevic coming off the bench midway through the second half.

However, the Dynamo Kiev man has been reluctant to comment too much on his future other than to confirm his interest in making the switch to the Premier League should the opportunity arise.

“My contract with Dynamo runs for another two years and in the summer I will see what the next step will be,” he told a Russian newspaper, “But I can’t hide my big wish, which is to play in England. The Premier League would be something special for me.”

“I like English football, I like the culture in the UK and I always enjoy it when I go there, but it is too early to talk about that. We will have to see what happens at the end of the season.”

Vukojevic’s combative style would suit English football and he is currently valued at around £7 million.