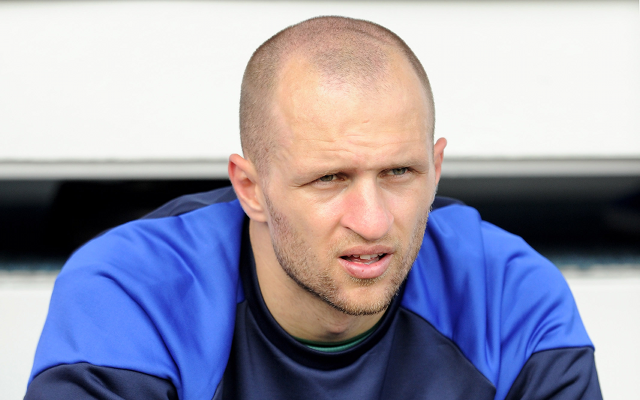 Everton goalkeeper Jan Mucha is understood to have opened talks with David Moyes about his future at the club, Sky Sports understands.

The 30-year-old joined the Toffees in 2010 but has had to wait until this month to make his league debut with regular ‘keeper Tim Howard out through injury.

Mucha was in goal for the club’s victories over Reading and Manchester City as Howard is set to miss the rest of the season with a broken back.

The Slovakian will be a free agent at the end of the season, though, and was keen to meet with Moyes to see what the Scott had in mind for him. However, nothing is likely to be agreed before May as the manager himself has put his own contract talks on hold until the summer.

“I had a very useful meeting with Mr Moyes last week but at the moment I cannot reveal anything about what we discussed,” Mucha said, “I’m glad that I’ve got a chance to be in goal. There have been positive reviews on my performances but I’m most satisfied about the fact that we won both league games.”

Mucha has the opportunity to put pressure on his American counterpart in this final leg of the season. Everton have also recently handed a new deal to Howard, keeping him at the club until 2016. If he does continue to impress, then he may have a queue of clubs lined up to take him on as a free agent during the off season.