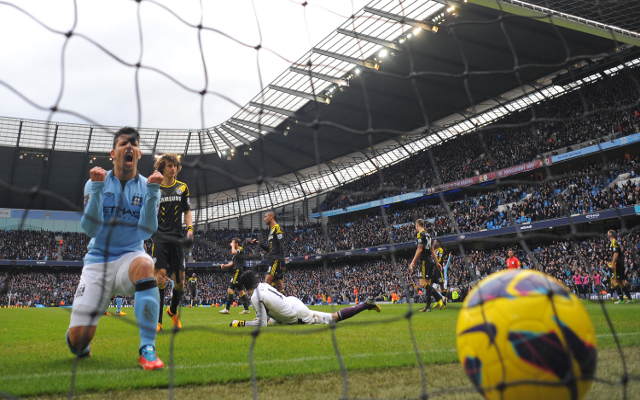 Barcelona are ready to mount a move to sign Man City striker Sergio Aguero after Nou Camp forward David Villa made it clear he wishes to leave the club in the summer.

Italian source TuttoMercato claims that Barca president Sandro Rossell is ready to fight Real Madrid for the Argentine, who proved a massive success during his time in the Spanish top tier with Atletico Madrid.

Roberto Mancini would be loathed to lose Aguero but may have little choice than to consider offers for the 24 year old if he pushes for an Etihad Stadium exit.

Aguero was pivotal in Man City’s race to the Premier League title last term, scoring 30 goals in all competitions, including the all important last gasp winner against QPR on the final day of the season.

The talented forward has had a mixed second season in the English top tier managing just seven Premier League goals from open play.

Clearly Man City have no financial worries so would demand a big fee for Aguero and clearly one that would have to eclipse the £38m they invested in the striker in July 2011.