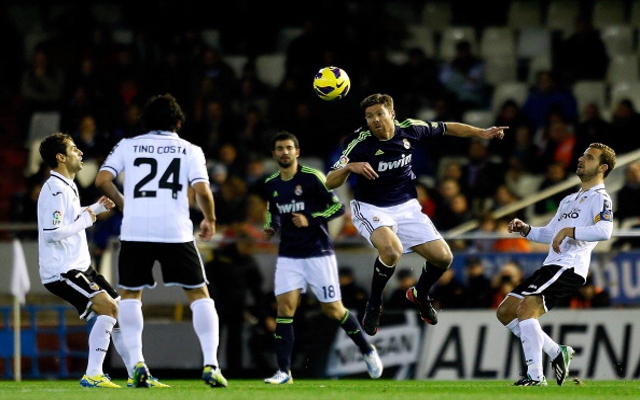 Anfield side hope to win race to sign Bernabeu midfielder.

Liverpool are involved with Xabi Alonso’s agent about a potential return to Anfield. The Real Madrid midfielder has turned down the offer of a new Bernabeu deal but any move to return to Merseyside would entail the Premier League side meeting the player’s big wage demands according to the Daily Star.

The 31 year old may well be open to a move back to Liverpool but won’t do so unless it’s a financially viable option. This source claims that Alonso would demand around £80,000 a week, plus bonuses and a share of his own image rights, an offer that the club’s American owners would have to consider long and hard about offering.

Liverpool are not the only club monitoring Alonso’s contractual situation with both the MLS side LA Galaxy and Russian big spenders Anzhi Makhachkala, two sides who could perhaps offer a better deal financially than the three year offer that has been reportedly offered by the Premier League side.

Liverpool may have to hope that the chance to make an emotional return to the club will be one that gives them the edge over other prospective suitors.

Alonso enjoyed a successful five year spell at the club prior to his £30m return to La Liga.