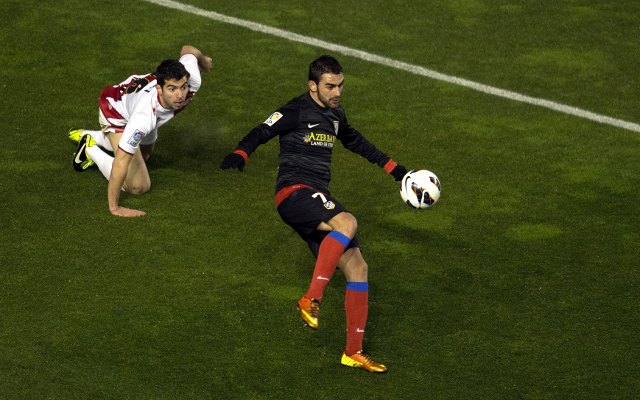 St Mary’s side line up bid for Spanish international.

Southampton are lining up an ambitious bid to sign Atletico Madrid striker Adrian Lopez according to Italian source CalcioMercato.

St Mary’s boss Mauricio Pochettino is more than aware of the abilities the Spanish international possesses, having spent three years in charge of Espanyol prior to his move to the English South-Coast.

Southampton are readying an £8m bid for the 25 year old and such a move shows the spending power of the club, who seem keen to boost their attack despite this not being an area the relegation threatened side has any real issue with.

The Saints have racked up 42 Premier League goals thus far this season, more than 12 of their competitors, with Rickie Lambert netting 13 and the likes of Jason Puncheon, Jay Rodriguez and Morgan Schneiderlin weighing in with decent tallies.

Adrian had a good first season at the Vicente Calderon, scoring 19 goals in all competitions as Diego Simeone’s side secured a Europa League title. However this term the former Deportivo La Coruna man has barely had a look-in, making just ten La Liga starts and has seen Diego Costa become the main supporting partner for Radamel Falcao and therefore a move to the Premier League may well be tempting.