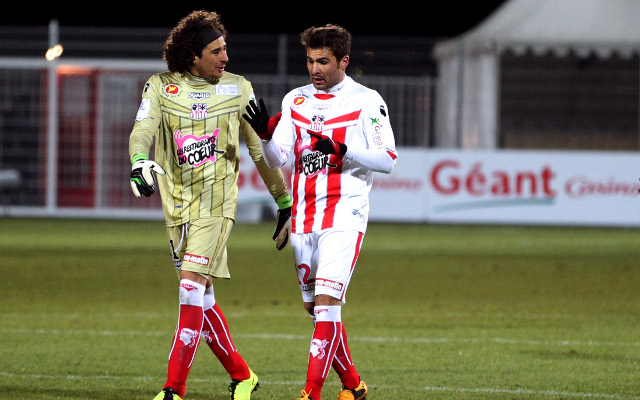 Liverpool are preparing a summer bid for Ajaccio’s Mexican goalkeeper Guillermo Ochoa according to Sky Sports.

The Anfield club reportedly tried to sign the 27 year old during the previous transfer window and are set to return once again for the player’s signature come the summer.

That could pave the way for a summer exit for Spanish goalkeeper Pepe Reina. The current Liverpool number one was once considered amongst the best goalkeepers in the Premier League but Liverpool boss Brendan Rodgers is reportedly considering his options after some inconsistent displays from Reina.

The Spanish stopper is still highly regarded in his homeland, and there has been speculation that Barcelona could make a summer bid for Reina. The Catalan giants are on the lookout for a new goalkeeper after Victor Valdes announced his intention to leave the club in search of a new challenge.

Ochoa insisted he was in no rush to leave Ajaccio however. The Mexican goalie claimed he was aware of the speculation linking him with Liverpool but was focused on finishing the season with Ajaccio.

Liverpool may be hampered in their attempts to sign Ochoa by the news that the club have given Rodgers a transfer kitty of just £20 million with which to bring in new signing this summer.