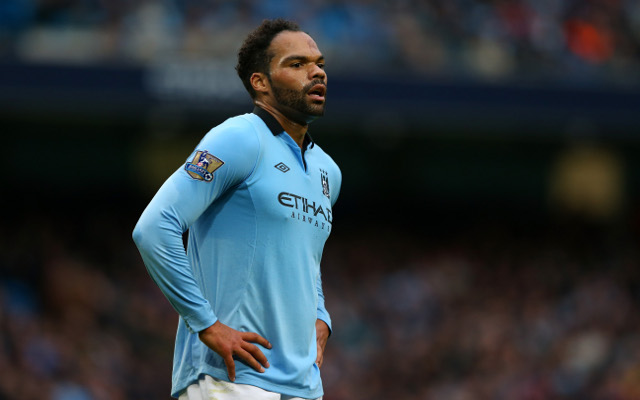 Juventus and Montenegro striker Mirko Vucinic has slammed the England centre-backs as ‘weak’ ahead of his country’s game with England on Tuesday.

According to The Express, Vucinic fancies his chances against defensive partners Joleon Lescott and Chris Smalling in this evening’s match-up.

Both sides will be looking to secure all three points as they look to book their places in next summer’s World Cup finals tournament in Brazil.

But Roy Hodgson’s squad has been plagued by withdrawals in the run-up to the game.

Manchester United defender Rio Ferdinand has pulled out due to complications with his training schedule while his club team-mate Phil Jones remains on the sidelines with injury.

Chelsea’s Gary Cahill and Tottenham’s Michael Dawson were also forced to pull out after suffering injuries during the last round of matches in the Premier League.

That has forced Hodgson into calling up Joleon Lescott, who has found his playing time at the Etihad limited this season after being found surplus to requirements at Manchester City, and Smalling who remains inexperienced at international level.

Liverpool’s Glen Johnson trained with the team last night but remains uncertain over whether he will be able to appear. Tottenham’s Kyle Walker is set to fill in should he remain unavailable.