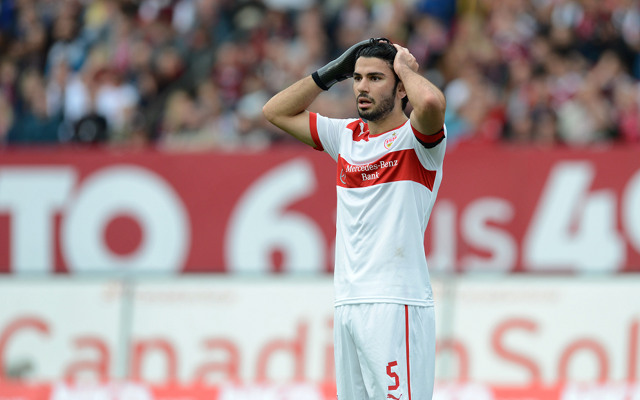 Newcastle and Spurs target Serdar Tasci is thought to be heading to Turkey this summer with Galatasaray and Fenerbahce both battling for his signature, TalkSport reports.

The 25-year-old has impressed despite enduring an indifferent campaign with current club Stuttgart who are sat in 12th place in the Bundesliga table. He has garnered attraction from a host of Europe’s top clubs and is said to be on the move at the end of the season.

Barcelona and AC Milan were initially tracking his situation but the significant interest is now thought to be coming from Turkey.

Newcastle were keen on bringing him to Tyneside as they search a replacement for their soon to depart captain, Fabricio Coloccini as he angles for a move back home to Argentina.

Spurs were interested on bringing him to in reshuffle their backline in the face of William Gallas not being offered a new deal at White Heart Lane.

Having spent his entire career in Germany, Tasci’s parents are both from Turkey and the move to a big club and a chance to explore his heritage may prove too attractive for either of the Premier League sides to compete with.

Galatasaray, who are the favourites to land his signature, are undergoing an interesting transformation recently having brought in Wesley Sneijder and Didier Drogba and are currently preparing for a tough quarter final tie against Real Madrid in the Champions League.