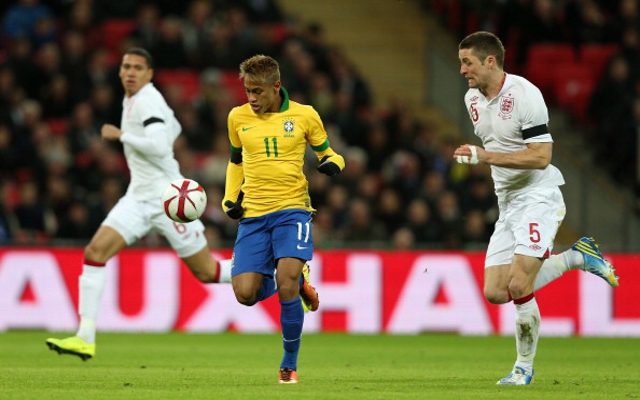 Brazilian striker insists no deal is in place with Catalan giants.

Brazilian striker Neymar has denied fresh reports suggesting that he has agreed a deal to join Barcelona according to Sky Sports.

The Santos star has moved to pour cold water on recent suggestions that the youngster has already agreed to join the Catalan giants.

Neymar has become one of the hottest properties in world football after some impressive performances for both Santos and the Brazilian national side.

His form has attracted the attention of a number of top European sides and the likes of Barcelona, Real Madrid, Bayern Munich, PSG, Manchester City and Chelsea are all thought to be monitoring the wonderkid’s availability.

The Catalan Daily Sport reported on Monday that a deal has been in place between Neymar and Barcelona since 2011 but the player insists no such agreement is in place.

The Vice-President of Santos, Ordilio Rodrigues, has also denied that any deal has been agreed for the player to join the La Liga leaders.

Speculation regarding a potential move for Neymar has intensified as the summer transfer window edges closer but there is a desire at Santos and in Brazil in general to see Neymar remain in his homeland until after next summer’s World Cup finals tournament.