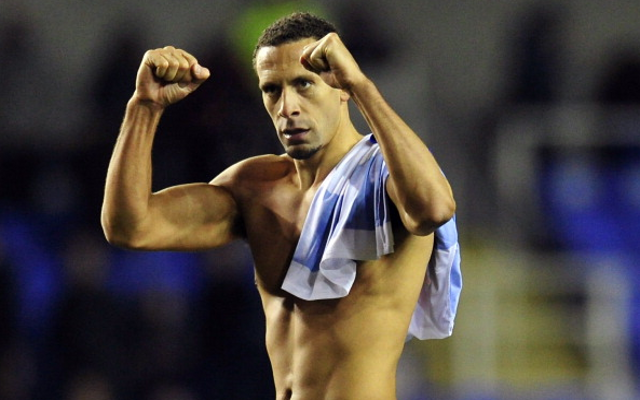 Former England defender Sol Campbell has leapt to the defence of Rio Ferdinand over his withdrawal from the England squad according to The Daily Mail.

The Manchester United withdraw from Roy Hodgson’s squad for the World Cup qualification matches with San Marino and Montenegro saying he believed it would cause too much disruption to his training programme.

Ferdinand has drawn significant criticism since the incident with many believing Sir Alex Ferguson to have played a decisive role and the player then going on to travel to Qatar to provide media analysis on this week’s international fixtures.

That has left England severely depleted at the back as Chelsea’s Gary Cahill and Tottenham’s Michael Dawson suffered injuries during the last round of Premier League fixtures and Ferdinand’s Manchester United team-mate Phil Jones remaining on the sidelines.

Hodgson has been forced into calling up Manchester City’ Joleon Lescott, who has barely played for his club this season and Manchester United youngster Chris Smalling, who remains inexperienced at international level.

But Campbell has come to his former England team-mate’s defence, insisting the player would have been shocked by the call-up after having not appeared since June 2011. Campbell went on to say that he is not surprised that at 34, Ferdinand does not want the extra matches and travelling international call-ups demand.

Ferdinand is thought unlikely to pull on the shirt of the Three Lions again after his name was resolutely jeered by England fans during the 8-0 victory over San Marino.