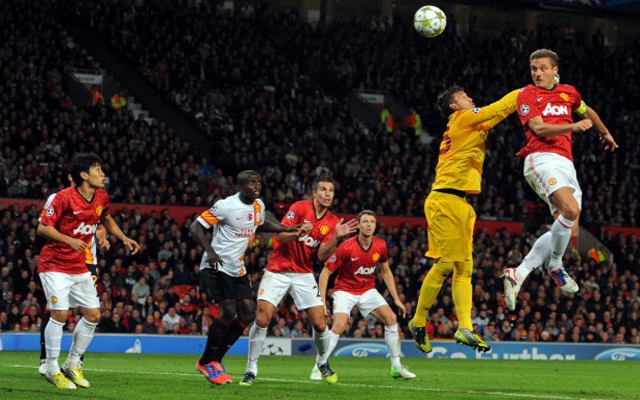 AC Milan could be set to make a summer move for Manchester United’s Nemanja Vidic according to The Metro.

The Serbian centre-back has been a stalwart in the United defence since joining the club from Spartak Moscow in 2006.

But with Vidic now the wrong side of 30, finding his playing time hampered by injuries, it is thought that Manchester United manager Sir Alex Ferguson is open to the idea of the centre-back leaving the club.

Vidic found his place in the Manchester United starting eleven taken by Jonny Evans for the important Champions League tie against Real Madrid and it is thought the Serbian centre-back may be tempted by the offer of regular first-team football.

Vidic’s contract expires at the end of next season so AC Milan will be hoping to secure the player’s signature at a reduced price.

The Rossoneri have struggled at the back since offloading Thiago Silva to PSG for a fee in excess of £30 million.

They AC Milan management believe Vidic to be the perfect replacement for the Brazilian defender as they look to build a team capable of challenging for the Serie A title.

They currently trail league-leaders Juventus by 11 points and are determined to run their title rivals closer next season.