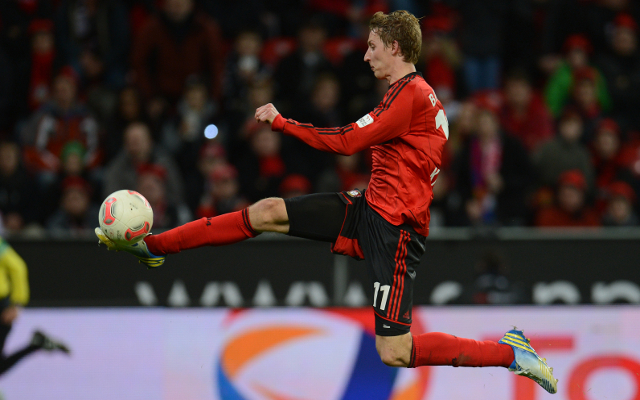 Gunners keen to bring German striker to the Emirates.

Arsenal are weighing up a summer move for Bayer Leverkusen’s Stefan Kiessling.

The Gunners are keen to bring in attacking reinforcements this summer after disappointing debut seasons for Lukas Podolski and Olivier Giroud.

Neither player has managed to hit the back of the net on a regular occasion and it seems Arsenal boss Arsene Wenger is keen to look for alternatives as he continues his search for a replacement for Dutch striker Robin Van Persie.

With the debt on the Emirates Stadium now paid off, the Arsenal board are prepared to provide Wenger with significant sums of cash to restore Arsenal amongst the teams capable of challenging for the Premier League title.

Wenger has reportedly identified Kiessling following some scintillating performances from the striker in the Bundesliga this season. The 29-year old has netted an impressive sixteen goals in just 24 games this season for Leverkusen, while also managing to help out his team-mates with six assists.

Kiessling is known for his intelligent runs and it is thought that the player would be well suited to Arsenal’s style of play.

Whether the player will be willing to move may depend on if Arsenal manage to secure a place in next season’s Champions League.