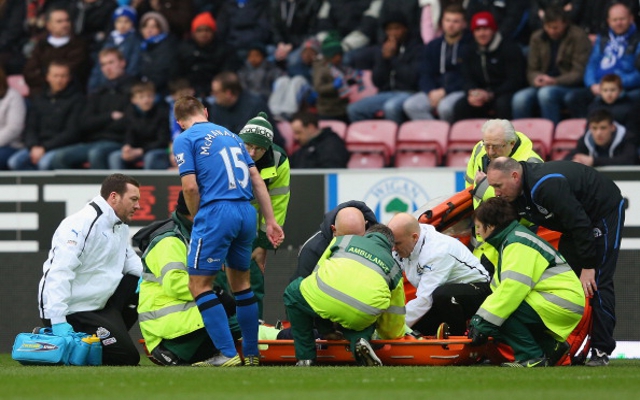 Halsey set to miss out on Premier League action over the Easter weeekend.

Check in to Wigan Athletic vs Norwich City

The referee who failed to send off Wigan’s Callum Mcmanaman will not find himself in charge of a Premier League match over the Easter weekend according to The Telegraph.

Mark Halsey failed to give Mcmanaman his marching orders after a horror tackle on Newcastle United’s Massaido Haidara. The Wigan youngster went over the ball and could have severely injured the Magpies’ defender.

While Mcmanaman has been widely condemned for making the tackle, Halsey has also come under a lot of criticism for failing to see the incident.

Wigan went on to win the game 2-1 in a result that could have a great impact on the end of season standings.

With everything to play for at the bottom as sides are desperate to retain their Premier League status, there was anger from a number of directions at the failure to reduce Wigan to ten men.

Because the incident was also reportedly seen by the linesman, the FA announced that they were unable to take retrospective action in a move that led Newcastle to declare the disciplinary process ‘not fit for purpose’.

Halsey will serve his punishment this weekend as he finds himself in charge of Friday’s League One game between Coventry and Doncaster and appears only as the fourth official on Monday as Reading take on Arsenal.