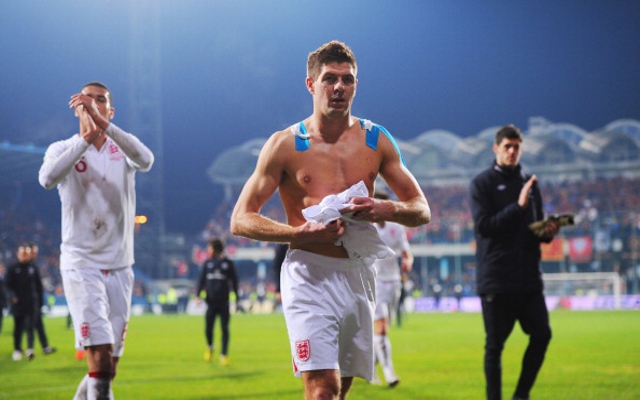 Check in to England vs Moldova

England midfielder Steven Gerrard last night conceded that Montenegro deserved a point after their 1-1 draw according to The Daily Mail.

England came out of the blocks flying, with Wayne Rooney in particular looking on a mission to return England to the top of their qualification group.

Aside from Rooney’s goal, the Manchester United striker was unlucky not to score a second and Liverpool’s Glen Johnson went close after hitting the bar.

The side were unlucky to go in at half-time only one goal up but the second performance was a poor imitation of what the players had produced during the first 45 minutes.

Montenegrin substitute Dejan Damjanovic eventually went on the score the equaliser for his country that sees them maintain their two point lead at the top of Group H.

Gerrard insisted the team are still confident that they can go on to win the group but know they must put in perfect performances in the remaining home games at Wembley and away in Ukraine.

England boss Roy Hodgson admitted the result was disappointing but was keen to look at the positives from the game.

Hodgson went on to state that the majority of England’s remaining games were at home and that would make it difficult for the teams vying with England for a place in next summer’s World Cup in Brazil.