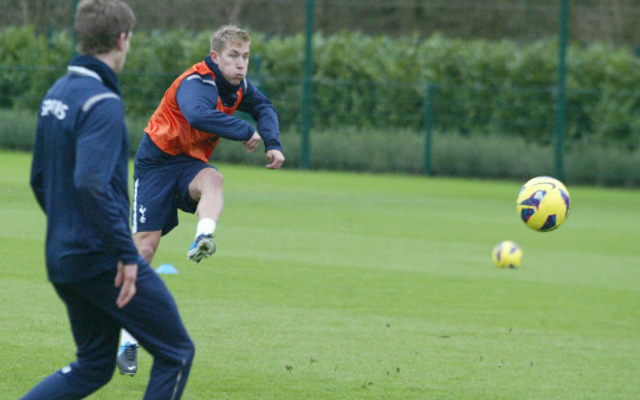 German star believes side will benefit from international break.

Lewis Holtby has expressed his belief that his side Tottenham will secure a top four finish this year and qualify for next season’s Champions League according to The Daily Mail.

The German midfielder joined the club from Bundesliga side Schalke in the January transfer window and has shown glimpses of the class that has seen him ranked as one of the brightest prospects in European football.

Tottenham had looked certain to secure a Champions League qualification spot after defeating Arsenal 2-1 in the North London derby.

But successive defeats to Liverpool and Fulham has thrown their season into disarray. Spurs are now just four points clear of North London rivals Arsenal and the Gunners can close the gap to just one point should they win their game in hand.

The capitulation is reminiscent of last season when Tottenham just missed out on Champions League qualification despite seemingly looking safe earlier on in the year.

Holtby is not deterred by the recent bad form though and believes the international break will give his side the chance to regroup and come together for one final push as the season draws to a close.

The midfielder insists the squad are not scared of Arsenal catching up with them and are determined to rectify their recent poor results when Tottenham visit Swansea on Saturday.