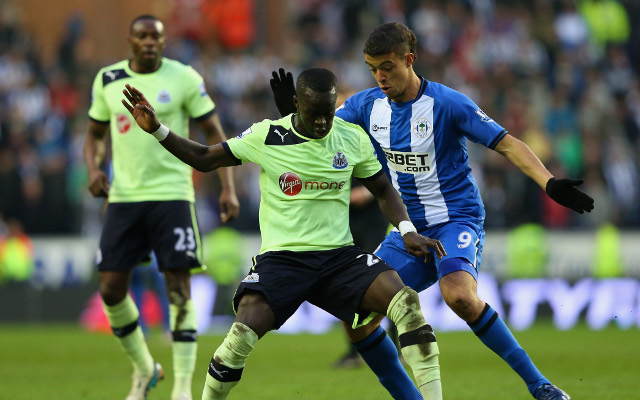 Newcastle’s Cheick Tiote has admitted he is not taking his club’s Premier League survival for granted according to ESPN.

The Magpies midfielder is refusing to accept that his club are safe from relegation and believes the team need ‘four or five more wins’ to be sure of plying their trade in the top flight next season.

With the teams in the bottom half of the table only separated by a relatively few number of points, it remains all to play for in the Premier League basement.

Newcastle are currently sitting in 13th place but the gap between them and 18th placed Wigan is a mere six points.

Wigan have been in good form recently and it would be a surprise if there weren’t a few exchanges of position between now and the end of the season.

Newcastle have collected just six points from their last available fifteen and Tiote is keen to ensure his team-mates do not become complacent as the season draws to a close.

The Magpies have suffered with injuries this season but Tiote knows he has to play his part and ensure he does not miss games through suspension. The tenacious midfielder has received five red cards and 58 yellow cards throughout his career but is keen to retain the combative part of his game.