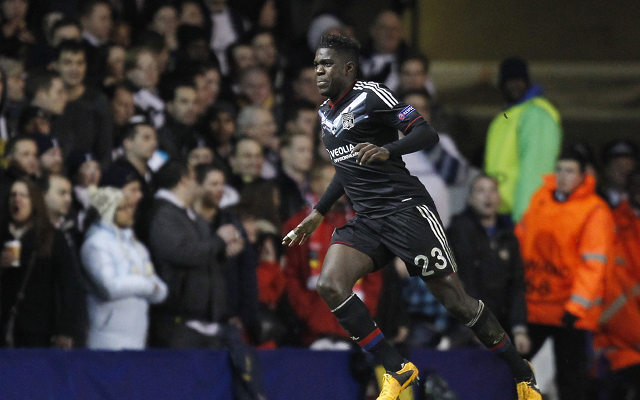 Tottenham and Newcastle face some stiff competition over the summer if they want to land Lyon’s Samuel Umtiti, TalkSport reports.

The Premier League duo are both keen on bringing the 19-year-old to England, but they could be set to lose out as AC Milan are also reportedly taking an interest.

Umtiti broke into the Lyon squad last season and has continued to repay the faith shown in him by coach, Remi Garde.

The French under-21 international caught Tottenham’s eye when the two sides met in the Europa League earlier this season when he hit a superb 20-yard wonder strike at White Heat Lane.

And Newcastle will be interested in bringing him to Tyneside to match the other signings from across the Channel that Alan Pardew has made recently. Newcastle scouts watched him in action this week when the French under-20 side faced Denmark.

However, any deal the two were hoping to strike with Lyon could be complicated by AC Milan who are rumoured to be stepping up their interest as they continue to replace some of the club’s older stars with fresher talent.

Umtiti, who operates mainly as a left-back or centre-back, has made 20 appearances so far this season, scoring twice and is valued at around £5 million.

When is deadline day and what time does the January transfer window close? Key info as Premier League sides scramble for late signings January 30, 2018 11:11
Liverpool FC