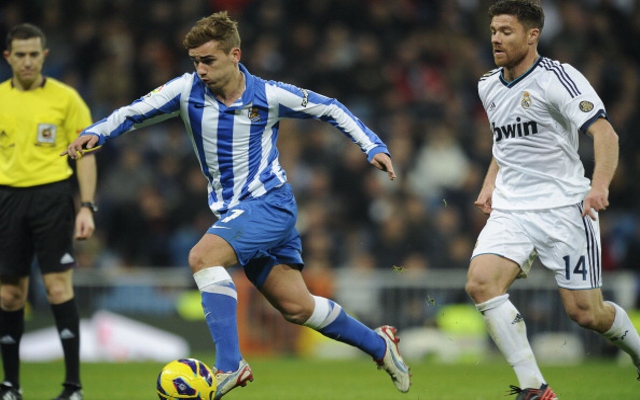 Tottenham have earmarked a move for highly rated La Liga wide-man Antoine Griezmann according to TuttoMercato with a view to bringing in the 22 year old as a potential replacement for Welsh internatonal Gareth Bale.

The North London club will fight tooth and nail to keep Bale, who has been in excellent form this term, scoring 21 goals and providing eight assists in all competitions. However if the former Southampton man makes it clear he wishes to pursue his ambitions elsewhere then a big money move may be accepted and a move for Real Sociedad attacker Griezmann may be a sensible one to consider.

The French Under 21 international moved to Real Sociedad as a 14 year old and has steadily rose through the ranks and is now a first team regular and considered one of the hottest prospects in the Spanish top tier.

Griezmann has made over 120 La Liga appearances and his form this term has helped propel his Basque side into the top six and a move for the youngster would leave a sizable chunk of whatever Tottenham chairman Daniel Levy banks from any potential Bale sale to use to beef up other areas of the squad that could do with improving.