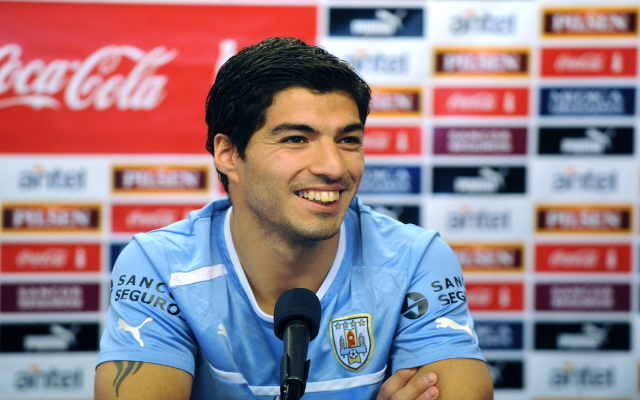 Liverpool striker Luis Suarez is no stranger to controversy and it seems to have found him again during Uruguay’s game with Chile.

Here he is caught on camera throwing a punch at Chilean player Gonzalo Jara.