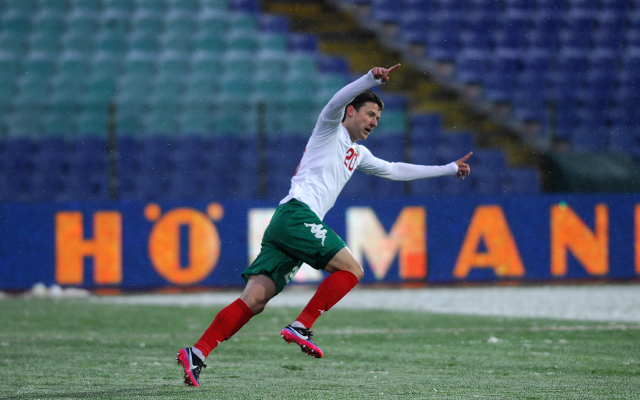 Check in to St Mirren vs Celtic

The 23-year-old is currently playing for Polish club Lech Poznan and the Hoops are said to be in poll position to land him this summer ahead of a number of Italian sides.

Lazio are also thought to be keen on bringing the Bulgarian in, though there has been confusion over the player’s price tag.

“During the winter break, several Italian clubs showed interest in him, but we could not do a deal.” agent Gianfranco Cicchetti said, “Then the price was £1.5m, but after his recent excellent displays and his hat-trick for Bulgaria against Malta, I would say the transfer is close to £2m.”

However, Celtic have been quoted a number closer to £3 million if they want to land the international.

Tonev, who has 11 Bulgarian caps to his name is one of the Polish league’s most highly rated players. He has made an impression on this year’s Europa League and it is thought that that is what has attracted Celtic’s attention the most as they look to build on their Champions League credentials next season.

Also with an eye for the spectacular, Tonev has bagged a number of jaw dropping strikes in the Ekstraklasa since joining from CSKA Sofia in 2011.