Anfield side to make combined offer for highly rated Armenian.

Liverpool are ready to step-up their pursuit of Armenian international Henrikh Mkhitaryan in the coming weeks and Brendan Rodgers will look to beat other interested parties in his race to sign the 24 year old by offering a player plus cash deal for the Shakhtar Donestk midfielder.

Rodgers sees the highly rated goal-scoring playmaker as a potential long term successor to Steven Gerrard with the Anfield boss looking to the talented Ukrainian based player to help boost his sides midfield goal threat.

The Liverpool boss is set to offer £10m plus out of favour centre-back Martin Skrtel in his pursuit of Mkhitaryan, who has publicly stated his intention to leave Shakhtar Donestk this summer after three successful seasons at the Donbass Arena. 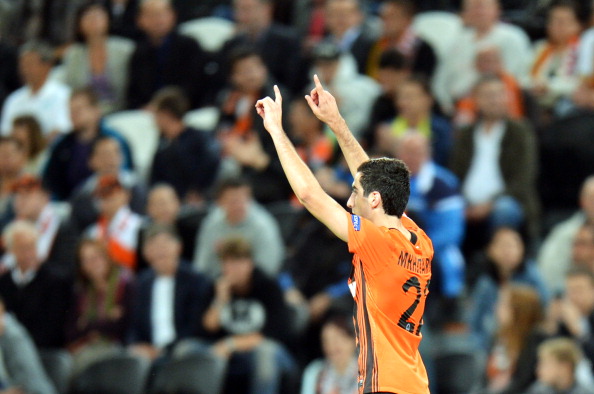 Mkhitaryan has been a tremendous success since his move to Shakhtar Donetsk and is set to clinch a third domestic title in his three seasons. His goal-scoring exploits from midfield are well known and he is currently the top scorer in the Ukrainian top tier and has netted 35 times in 90 appearances, including a couple of goals in the club’s run to the last 16 of the Champions League this term.

Rodgers is ready to sacrifice Skrtel into the bargain after a run of average form led the Northern Irishman to drop the experienced centre-back, who has started just three of Liverpool’s last ten Premier League fixtures. Perhaps crucially of the seven games the Slovakian didn’t start the Anfield side won four and lost just once and kept three clean sheets.

Liverpool have been linked with a number of central defensive targets and Rodgers may feel he can afford to therefore use the former Zenit St Peterburg man to help clinch a deal to sign Henrikh Mkhitaryan, who has previously spoken of his wish to play in the Premier League.

Though Steven Gerrard has experienced something of a resurgence of form this term, only Chelsea’s Juan Mata has provided more assists, Rodgers may feel that the addition of Mkhitaryan could help take some of the goal-scoring burden off his striking talents.