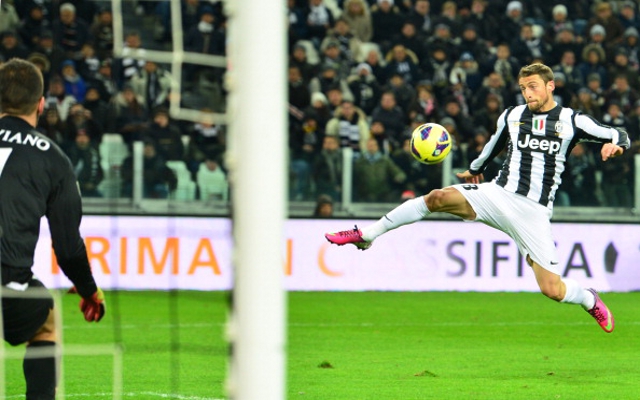 Manchester United are monitoring the availability of Juventus’ Claudio Marchisio according to talkSport.

Old Trafford scouts have been keeping tabs on the player and have sent glowing reports back to United boss Sir Alex Ferguson.

Fergie has reportedly expressed a strong desire to bring the Italian midfielder to Old Trafford as he looks to add some depth to his midfield options.

The Scottish manager has reportedly been an admirer of Marchisio since 2010, but the veteran manager was keen to pursue other targets.

It is thought Fergie preferred to target the likes of Wesley Sneijder, Eden Hazard and Samir Nasri but with the trio having all now moved on to other clubs, it appears the United boss is ready to make his move for Marchisio.

The player has put in some impressive performances for the Old Lady this season hitting the back of the net on seven occasions. Marchisio has also been instrumental in the Juventus’ performances in the Champions League, where they are now preparing for a quarter-final tie with German giants Bayern Munich.

Marchisio has previously hinted at his desire to play in the Bundesliga but it is thought he could be tempted by a lucrative offer from the Premier League leaders.