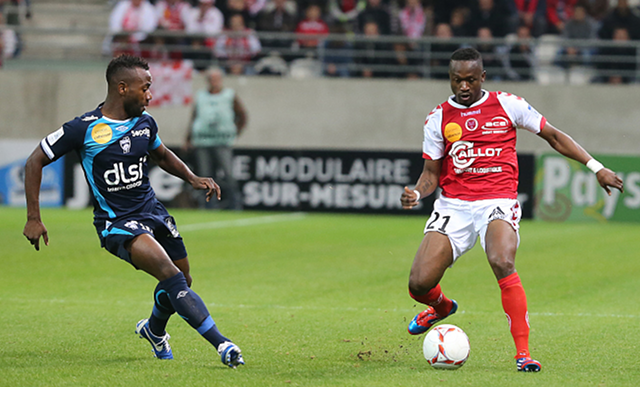 Check in to West Ham United vs West Brom

Hammers boss, Sam Allardyce is reportedly keen to bring in the Guinean international as a replacement for the outbound Mohammed Diame.

The big Senegalese midfielder arrived at the club from Wigan Athletic last summer and is said to be unhappy in East London, and came close to leaving in January with Arsenal, Chelsea, Everton and Spurs all showing an interest.

But Big Sam has already identified his replacement in the form of Ca, who was instrumental in the club’s promotion last season for Ligue 2.

Well known across the Channel, Ca has also represented Nancy, Tours and Nantes, where he began his career.

Reims currently sit in 16th place in the table with relegation still a possibility and it has been said that he would favour a move to the Premier League rather than have to drop down a division.

Operating mostly as a defensive midfielder, he has made 25 appearances for Reims this season and has yet to score. Strong, powerfully built and quick on his feet, everything about him suggests that he’d fit in well to a Premier League side and so far West Ham are the only ones who have him on their radar.

A fee of around £1.5 million could be enough to bring the 26-year-old to the Olympic Stadium.