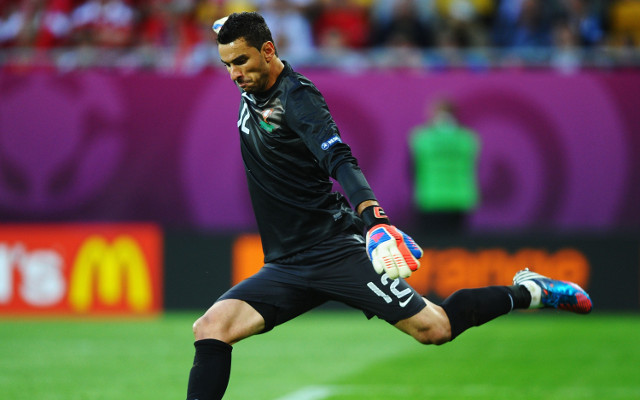 Arsenal are preparing a summer bid for Sporting Lisbon goalkeeper Rui Patricio according to The Express.

The Portuguese giants are currently undergoing severe financial difficulties and are looking at having to sell their best players just to stay afloat.

Arsenal boss Arsene Wenger is ready to make the most of their situation as he prepares for his summer search for a new goalkeeper.

The French boss has become increasingly disillusioned with the performances of young goalkeeper Wojciech Szczesny.

Szczesny had an impressive season for the Gunners last year but a number of erratic displays and high profile blunders have cost Arsenal valuable points as they look to seal qualification for next season’s Champions League with a top four finish.

The club currently trail Spurs in fourth by four points although they can reduce that gap to just one should they win their game in hand.

But Wenger is keen to prevent a repeat from happening next season and is ready to splash the cash in an attempt to restore his team amongst the Premier League elite.

Arsenal are thought to be preparing a bid in the region of £8.4 million for the stopper but it is thought that Lisbon are hoping to secure around £12 million.