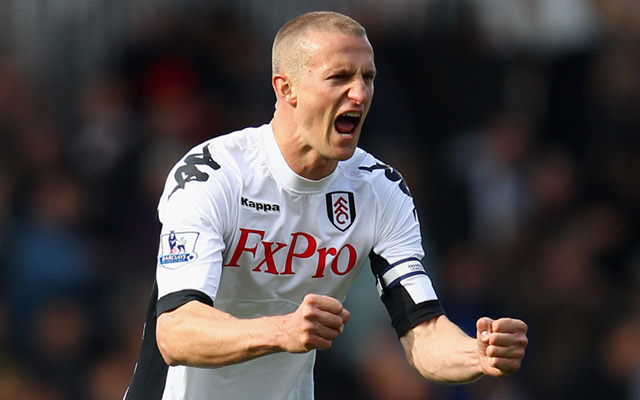 Check in to Fulham vs QPR

Fulham skipper Brede Hangeland has signed a two-year contract extension with Craven Cottage club to end months of speculation about his future at the West London club.

Hangeland’s previous deal had been set to expire at the end of this season, but Cottagers boss Martin Jol was keen to keep the 31-year-old, whose new contract includes an option for a further year’s extension.

The Norwegian centre-back joined Fulham from FC Copenhagen in January 2008 and has made 233 appearances for the west London outfit in all competitions, establishing himself as one of the club’s key senior players.

“It’s taken a long time but we’re there now and I hope the club is happy – I’m certainly really happy to have signed.

“I’ve loved my time with Fulham. It’s been a little over five years and I’ve felt right at home from the very first game.

“I couldn’t really see myself leaving, so to finally have signed gives me a great feeling.”