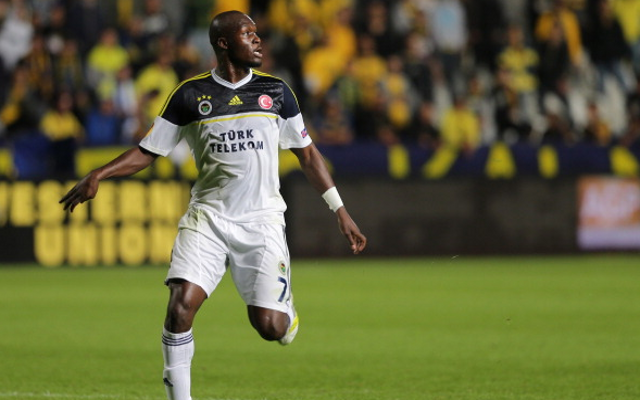 Liverpool also thought to be interested in Senegalese striker.

Tottenham are thought to have stolen a march on their rivals in the race for Fenerbahce’s Moussa Sow according to The Daily Star.

The striker has been in fine form this season for his club and has been attracting interest from a number of Premier League clubs.

The 27 year old admitted he was keen to ply his trade in the Premier League and Sow now looks set to be at the centre of a summer bidding war for his services.

Sow has gained an impressive reputation on the continent. His goals fired Lille to the Ligue 1 title in 2010/11 as he finished the season as the top scorer.

Sow then moved to Fenerbahce in January of last year and he helped his team out this term by hitting the back of the net on 14 separate occasions.

Tottenham boss Andre Villas-Boas is desperate to bring in attacking reinforcements this summer. Spurs have gone through the season with just two recognised strikers. Jermain Defoe started the season well but has lost form since the turn of the year while Manu Adebayor’s future at the club looks uncertain after a dismal season following his permanent move from Mannchester City last summer.