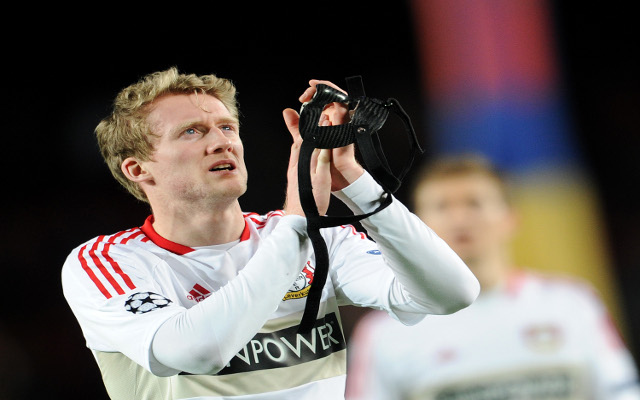 Chelsea are ready to mount yet another bid for long-term target Andre Schurrle with the Metro claiming that the West London side are willing to offer £10m as well as highly rated Belgian Kevin de Bruyne into the bargain.

The Blues have failed with three previous bids for the Bayer Leverkusen forward but will hope that this latest offer tempts the Bundesliga side into selling the talented German international forward.

The 22 year old has been in fine form this term, helping Sami Hyppia’s side to mount a push for a Champions League berth, and the adaptable attacker could be tempted by a move to join Chelsea this summer.

Leverkusen have apparently been holding out for as much as £25m for Schurrle but may consider this offer to be one well worth considering.

The addition of De Bruyne comes as the young winger continues to impress during a season long loan stint in Germany with Werder Bremen, during which the former Racing Genk man has become one of the most prolific assist makers in the Bundesliga, whilst also scoring half a dozen times.

De Bruyne is yet to start a senior competitive match for Chelsea despite signing for the club back in January 2012.