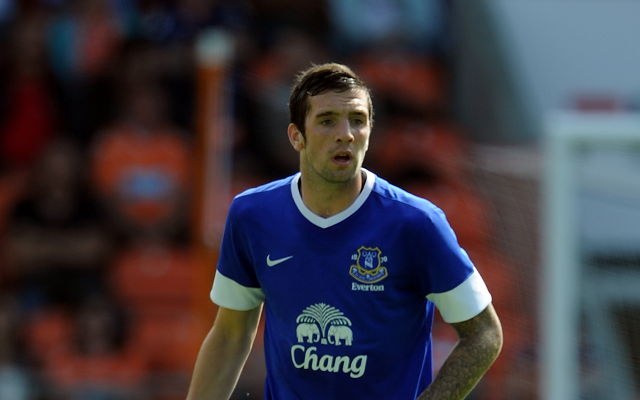 Everton centre back, Shane Duffy, is said to be considering a move away from Goodison Park this summer as he struggles to break into the Everton first team, Sky Sports understands.

Having made just three substitute appearances this season, the 21-year-old has conceded that he may have to seek his opportunities elsewhere if he is to continue to improve.

“I’ve still got three years left on my Everton contract, but I need to be playing games,” he said, “We’ll see in the summer.”

Duffy has previously gone out on loan before, making a solitary appearance for Burnley in 2011 and then making 18 appearances for Scunthorpe United later that same season.

And although David Moyes insists that the player remains in his long term plans, it seems that Duffy isn’t content with his cameo role.

Duffy caused controversy earlier this month when he posted a message on Twitter apparently supporting the IRA. He later apologised and claimed that his phone had been stolen and that he did not post the tweet himself. The club insisted that they would investigate the incident but it is not known whether this has had anything to do with his exile from the starting XI.

Born in Northern Ireland, he has represented the Ulster-men at several international levels but switched to the Republic in 2010. He was called into the full squad in 2012 as a replacement for Richard Dunne but failed to get on the pitch.