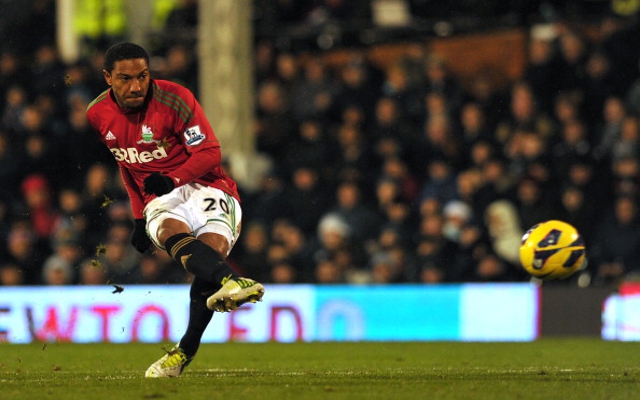 Swansea are keen to sign on loan star Jonathan de Guzman on a permanent deal according to The Daily Mail.

But the Capital One Cup Champions are being forced to wait until the summer before being permitted to make an approach.

Swansea boss Michael Laudrup has been impressed with de Guzman’s performances and is keen to see the player become a permanent fixture in the Liberty Stadium dressing room.

The Holland international has settled in well at the club and helped himself to a brace during the club’s 5-0 romp over Bradford in the Capital One Cup final.

But Villarreal are insisting that negotiations are put on hold until the end of the season as they await the outcome of their promotion bid to La Liga.

Villarreal are currently fifth in the Spanish Segunda Division and are considering recalling the player should they return to the top flight.

While de Guzman is keen to stay on with the South Wales club, Laudrup admitted that should the Spanish side decide to recall the midfielder, the Swans are powerless to hold onto him.

Laudrup is keen to hold on to de Guzman as he prepares his side for a spell playing in the Europa League.