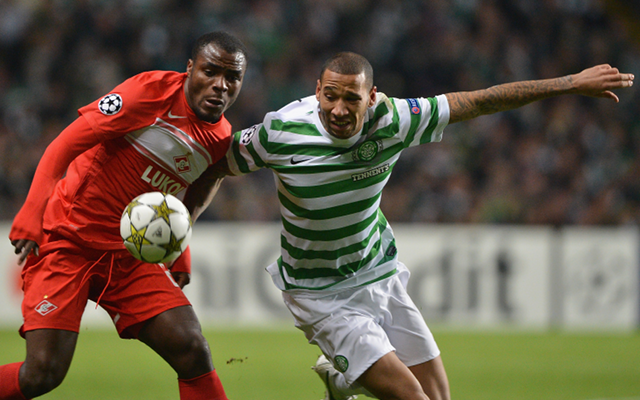 As Alan Pardew continues to scout replacements for the outbound Fabricio Coloccini, the Mirror understands that he’s now running the rule over Celtic centre back, Kelvin Wilson.

The 27-year-old has apparently caught the Magpie’s eye thanks to his impressive displays in the Champions League this season, as Celtic saw off the likes of Barcelona, Benfica and Spartak Moscow before crashing out to Juventus is the round of 16.

Wilson signed for Celtic in 2011 on a free transfer from Nottingham Forest, where he was a key member of the squad that won promotion from League One and then established themselves in the Championship. He made 134 appearances for the East Midlands side during a four year stay at the club.

He initially played a peripheral role at Celtic last season, making just 21 appearances in all competitions, but this season he’s been more of a key figure as he helped the club qualify for the knockout stages of the Champions League.

Coloccini is rumoured to be keen on a move back home to Argentina this summer and Pardew wants a replacement with similar qualities. However, despite signing for Celtic on a free transfer, he could cost Newcastle up to £5 million.