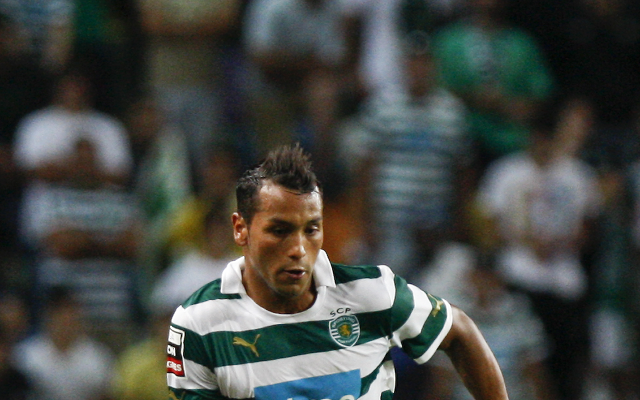 Everton are the front runners to sign Sporting Lisbon forward, Jeffren Suarez, according to TalkSport.

The Merseyside club have identified the former Spanish under-21 international as the man to bring the danger and add a threat to their goal shy front line next season.

It’s well known that Sporting are suffering from extensive financial debt and they continue to seek to offload their stars in order to reduce the deficit. Earlier this month the club sold star striker Ricky Van Wolfswinkel to Norwich and reports suggest that if a buyer came in with a satisfactory bid for Suarez then they would not stand in the player’s way.

Suarez is a former product of the Barcelona academy at La Masia and played for their C and B teams before breaking into the first team squad in 2008. However, he found playing time difficult to come by in Catalonia and managed just three goals in 34 appearances in three seasons.

He has found a home at Sporting, though, and his quick feet and tricky wide play has established him as a top class winger. So much so that Barcelona had installed a buy back option for €8 million in his contract when they sold him to the Portuguese giants in 2011.

Liverpool were linked with a move for the Venezuelan born forward, but it is thought that David Moyes will act fast to bring him to Goodison Park.