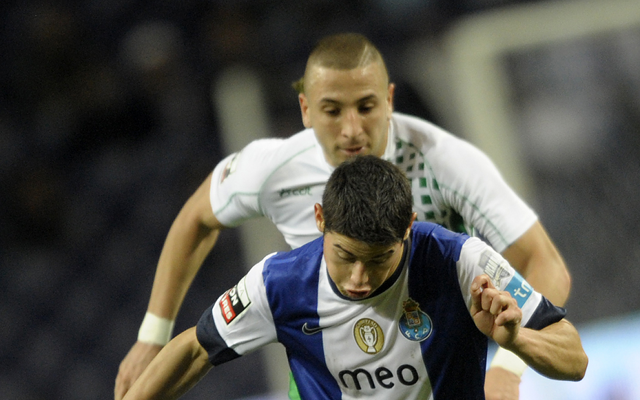 Sky Sports believe that there is a growing mutual interest between Everton and Algerian international striker, Nabil Ghilas.

The 22-year-old has scored 11 goals this season for Portuguese side Moreirense and has attracted admiring glances from Everton, Marseille and Sporting Lisbon, though it is thought that he would prefer a move abroad.

But he is keen not to speculate over his future but did admit to being flattered by the Merseyside club’s interest; “There is interest from clubs but I will decide at the end of the season,” he said, “Everton? I have heard about that in the papers. They are a very good team and a big club so it is flattering. Let’s wait and see if it is real interest at the end of the season.”

“Marseille would also be fantastic but let’s wait and see.”

Ghilas, who was born in Marseille, was called up to the Algerian national side for the first time this year for a World Cup qualifier against Benin, but didn’t make it off the bench.

Everton are looking at a range of potential new forwards as Nikica Jelavic, Kevin Mirallas and Victor Anichibe has struggled to notch up the strikes at times this season, scoring just 15 league goals between them.

The young Algerian won’t break the bank either, his Portuguese club have valued him at just under £1 million.