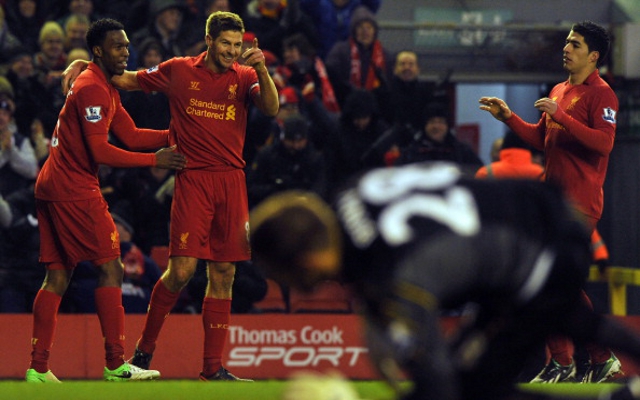 Jamie Carragher believes Steven Gerrard will hang up his boots at Anfield according to The Metro.

Carragher has been at Liverpool throughout the duration of his career but is set to retire when his contract expires at the end of the current season.

The centre-back believes Gerrard will also follow in his footsteps. Gerrard has only ever played for Liverpool but Carragher believes the midfielder will signal his intention to end his career at the club by signing a new contract.

Gerrard remains an integral part of the Liverpool team as Brendan Rodgers attempts to revitalise the squad and restore them amongst the Premier League elite.

The England star picked up the man of the match award in Liverpool’s game against Aston Villa on Sunday, helping his side comeback from a one goal deficit to go on and win the game 2-1.

Gerrard set up the equaliser and also hit the back of the net by slotting home a penalty won by Uruguayan striker Luis Suarez.

But perhaps more importantly, Gerrard pulled off one of the defensive moves of the season by clearing the ball off the line to prevent what would otherwise have been a certain goal for Villa.

Liverpool boss Rodgers has confirmed talks are arranged with Gerrard to discuss a new deal and he is confident the player can continue playing well into his thirties.